The project was recently featured in the New York Times: “In less than a month of operation, the first large-scale wind turbine to be installed in New York City, standing more than 160 feet tall, has produced enough energy to power two homes for over a year, or one 20-watt light bulb for over a century.”

The energy produced from the wind turbine “is expected to provide 4 percent of the energy used by the plant,” the Times article continues. 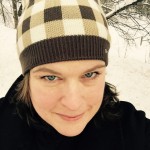