Lighting the Way to a Healthier Future

Lighting the Way to a Healthier Future

LEDdynamics pushes the boundaries of LED technology from its lab in Vermont.

Bill McGrath, president and chief technical officer of LEDdynamics, has seen how light can transform lives. “The big story of LED technology in the 1990s was about energy savings,” he said, “but for a lot of people around the world, affordable LED meant replacing kerosene lamps with solar flashlights. For the first time, people could read at night. It was life changing.” With research, design and production in one purpose-built facility, LEDdynamics is on the forefront of promoting LED innovation to customers around the globe. Photo by Erica Houskeeper.

Pioneers of the early LED technology, McGrath and his team at LEDdynamics continue to push the boundaries of how light impacts both human and planetary health. From lighting that promotes natural circadian rhythms to infrared light technology said to promote healing, the company remains at the forefront of exploring how light can solve the world’s problems—all with a view of the goat farm next door.

For about a century, the lighting industry was relatively simple. “One company made bulbs, another made fixtures, and then they were put together,” said chief executive officer, Neil Cannon. “LEDs changed everything.”

LEDs replicate the look and feel of incandescent lighting but use much less energy. They also last longer, offer better light quality, and—because they are lower voltage—are interchangeable with semiconductors and computers. From a climate change perspective, using less energy equates to less reliance on fossil fuels and reduced greenhouse gas emissions.

“We were a bit ahead of the technology when we founded the company in 2000,” said McGrath.

“We had a lot of educating to do to explain that we had a new technology in Randolph, Vermont that was going to revolutionize and eventually take over the light bulb. The first bank we went to was like ‘you’ve got to be kidding me.’”

Since demand for their products was slow at first, the company launched an e-commerce site in 2002 and began selling directly to customers. They also sold complimentary products from other manufacturers, who eventually reciprocated, selling the company’s LED lights on their websites. By 2004, LEDs were catching on and the company was outgrowing the farmhouse in Rochester where it was founded. They decided to move into a larger space in Randolph that had recently been vacated by Ethan Allen Furniture. “The technology was maturing quickly. We knew there would be a big push to hire folks and reasoned that Vermont Technical College (VTC) would provide a wellspring of engineers. It was a great bet; our employees have strong work ethics and sharp minds,” said McGrath, who is a graduate of VTC, and both a professor and trustee at the school.

Today, LEDdynamics employs 42 people and expects to add more with the launch of their newest product, PERFEKTLIGHT.

As the energy savings from LED lighting began to level out at levels much higher than anyone could have predicted, engineers like McGrath continued to think about how light could solve problems and improve the lives of people.

“Bill had a clever idea to manipulate light in a novel way and built a product that could help people with circadian rhythms,” said Cannon.

“Human beings evolved outdoors but today spend 80 percent of their time indoors,” he said. “We are biologically programmed to produce melatonin at dusk to start easing our bodies toward sleep, but electric lighting messes with that. We stay up too late and wake up too early, interrupting normal circadian rhythms and sleep patterns.”

Sleep, as it turns out, is a key factor in human health, with recent studies tying a good night of sleep to everything from Alzheimer’s to type 2 diabetes and depression.

The PERFEKTLIGHT technology being developed at LEDdynamics essentially creates indoor lighting from fixtures that matches natural light throughout the day, queuing the brain to produce melatonin at the end of the day and prepare for rest.

“Everyone can use better sleep,” said McGrath, “but when I realized the benefit this type of lighting could have for elderly people, who naturally produce less melatonin as they age, and its potential to slow the progression of Alzheimer’s, that’s when I got excited. And when I get excited, that’s where the company’s attention tends to go.”

Moving forward in a pandemic.

As excitement ramped up at LEDdynamics, however, so too did COVID-19. When the pandemic hit in 2020, LEDdynamics was challenged by supply chain disruptions and office shutdowns that slowed momentum. “Like many other companies, we had to pull back,” said Cannon. “There just wasn’t enough volume of business.”

The timing could not have been worse for the company, who had secured their first order of PERFEKTLIGHT for an elder care facility. “We needed to be assertive and to gain ground with our first customer,” said Cannon. “It was time to throttle down on the whole endeavor. Bill is the architect and originator of the idea, but to finish the technology we needed to write new code, order specialized equipment, and evaluate new types of products.”

The company turned to the Vermont-based Flexible Capital Fund (Flex Fund), who invested $500,000 in a revenue share loan (also known as revenue based financing) of which $100,000 of the capital came from a mission-aligned partner of the Flex Fund, Coastal Enterprises, Inc. of Maine.

“The Flex Fund helped us get some of the long lead time parts for the project without having to wait for the customer deposit,” added McGrath. “We could take steps forward with reduced risk.”

“LEDdynamics is in alignment with the Flex Fund’s mission of environmental sustainability, waste management, and mitigating climate change,” said Flex Fund president, Janice St. Onge. “Their innovative new technology, PERFEKTLIGHT, is not only energy-efficient, but has the ability to improve well-being in a vulnerable population, the elderly. And the company is one of the larger employers in the Randolph community and supports resilient communities by providing living wage jobs and benefits.”

“Several times during the evolution of the company advisors have come in and suggested we move to Silicon Valley,” adds McGrath, “but we prove them wrong when investors like the Flex Fund come along. I’ve known since 8th grade that Vermont was where I wanted to be. And surprise, surprise, we made Vermont work.”

“I work in my lab and look out at the goat farm next door. The grass is greener when you’re standing on it,” said McGrath.

Improving the human condition with light.

With the first installment of PERFEKTLIGHT scheduled this year, the company is moving forward with enthusiasm. “There is a real health cost associated with people not sleeping,” said Cannon. “It will be a bonus for the world if we can get this technology deployed.” Logan Cameron, a surface mountain technology operator, is one of more than 50 LEDdynamics employees. Photo by Erica Houskeeper.

McGrath agrees. “I just hope there is wide adoption before I get old. With everything I’ve learned, I believe this light can really benefit people. We can improve the human condition with technology.”

In addition to fine tuning the PERFEKTLIGHT technology, the company is partnering with universities and other organizations, including the Henry Ford Institute in Michigan, to remain at the forefront of emerging research on light technology. They are looking into lighting for inpatient calming at institutions and how lighting can help night shift workers better reintegrate into their daily life.

“For a small company, we’re punching above our weight class,” said Cannon. “On the other hand, it’s the small companies that come up with the innovative ideas.” 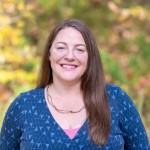